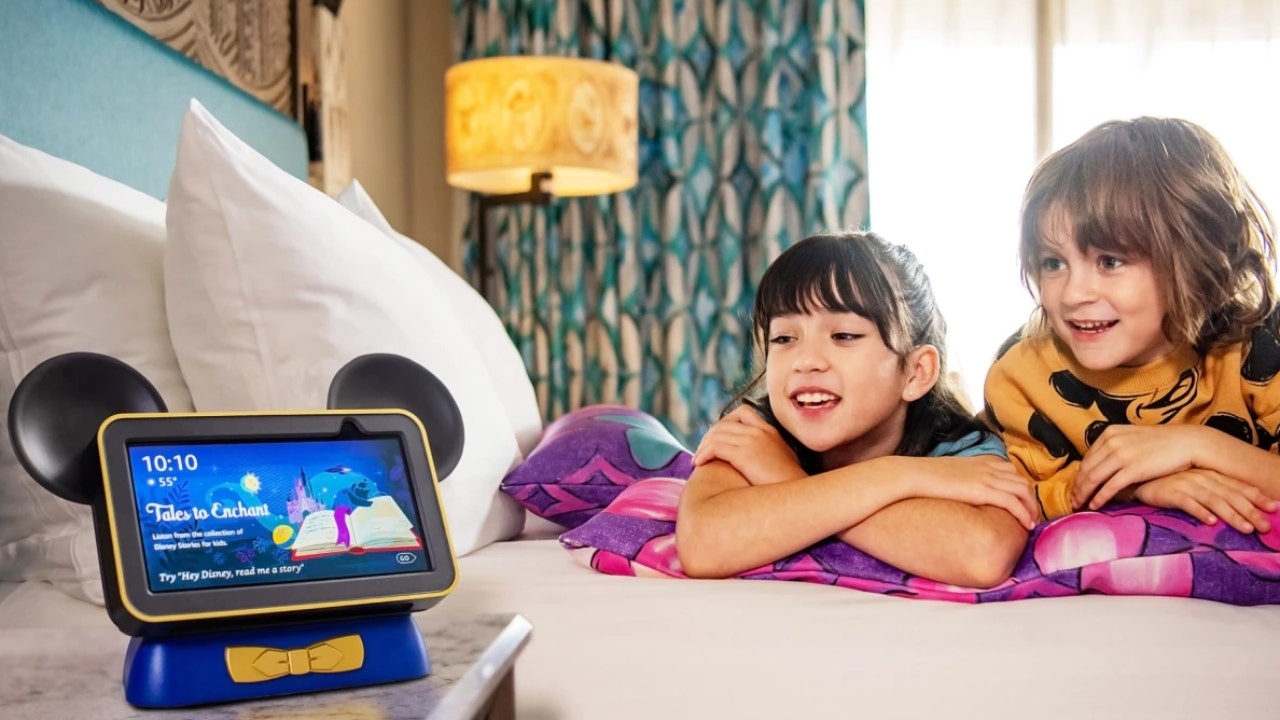 The Hey Disney experience is slated to launch later this year.

However, Amazon offered a sneak preview during a demonstration at the Consumer Electronics Show.

Hey Disney! on an Echo smart speaker
(Amazon and Disney)

The “Disney Magical Companion” voice assistant is the voice of Hey Disney.

The service will be available for purchase in the U.S. in the Alexa Skills Store in the coming months, allowing customers to say “Hey Disney!” to experience more than 20 Disney, Pixar and Star Wars characters, as well as hear jokes, listen to soundscapes and play trivia.

People staying at hotels there will be able to ask questions about park hours, request fresh towels and access other features.

Kids and parents use Hey Disney
(Amazon and Disney)

First announced in 2021, Hey Disney will also be included with an Amazon Kids+ subscription in the coming months.

Julia Musto is a reporter for Fox News and Fox Business Digital.