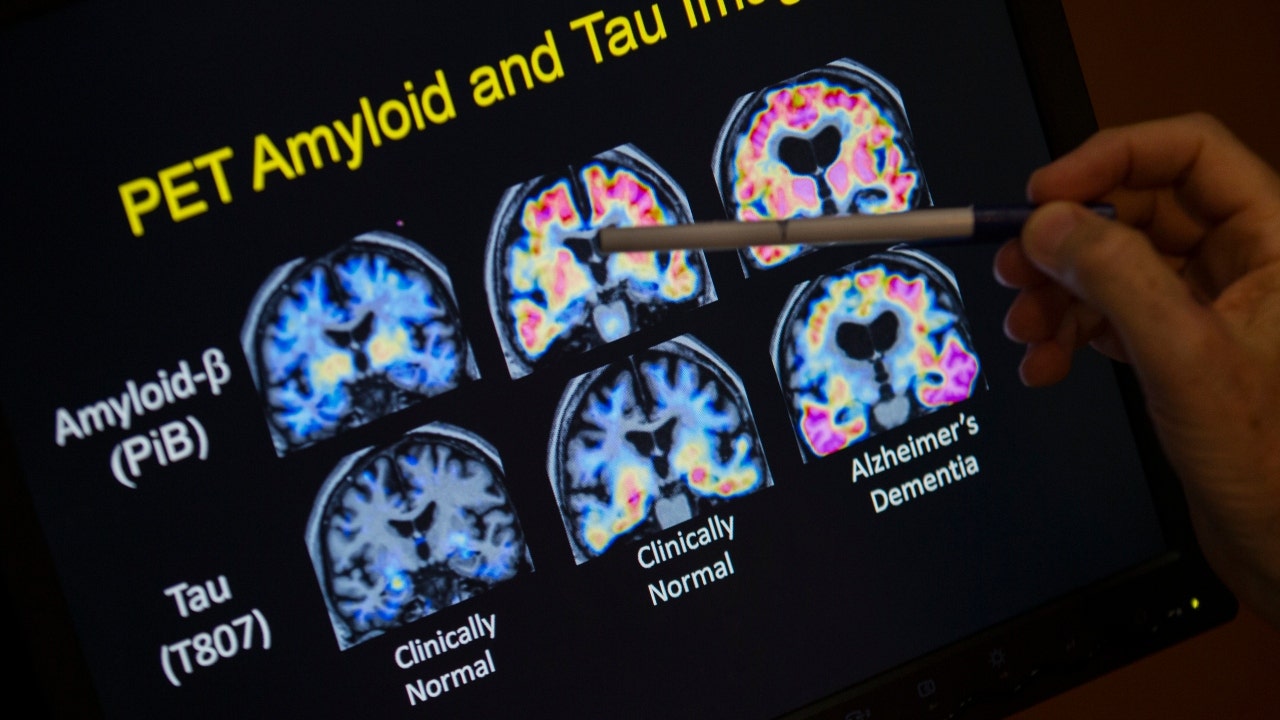 The Food and Drug Administration on Friday announced the fast-tracked approval of an Alzheimer’s drug that modestly slows the brain-robbing disease to those with mild impairment.

The drug, Leqembi, is the first that’s been convincingly shown to slow the decline in memory and thinking that defines Alzheimer’s by targeting the disease’s underlying biology. The FDA approved it for patients with Alzheimer’s, specifically those with mild or early-stage disease.

The approval came after clinical trials that showed the drug slows cognitive decline but also carries the risk of brain swelling and bleeding.

ALZHEIMER’S EXPERIMENTAL DRUG MAY SLOW PROGRESSION OF DISEASE, BUT THERE ARE RISKS: EXPERTS

A doctor points to PET scan results that are part of a study on Alzheimer’s disease at a hospital in Washington. On Friday, the FDA approved an Alzheimer’s drug that modestly slows the brain-robbing disease.
(AP Newsroom)

“Alzheimer’s disease immeasurably incapacitates the lives of those who suffer from it and has devastating effects on their loved ones,” said Billy Dunn, M.D., director of the Office of Neuroscience in the FDA’s Center for Drug Evaluation and Research. “This treatment option is the latest therapy to target and affect the underlying disease process of Alzheimer’s, instead of only treating the symptoms of the disease.”

Leqembi was developed by Japan’s Eisai and its U.S. partner Biogen. Eisai is pricing the drug at $26,500 annually per patient.

Eisai executives said they have already spent months discussing their drug’s data with Medicare officials. Coverage isn’t expected until after the FDA confirms the drug’s benefit, likely later this year.

The FDA approval came through its accelerated pathway, a shortcut that allows drugs to be launched based on early results. Despite the approval, the pathway has come under criticism.

A congressional report released last week found that the FDA’s approval of another Alzheimer’s drug called Aduhelm — also from Biogen and Eisai — was “rife with irregularities,” including a number of meetings with drug company staffers that went undocumented.

About 13% of patients in Eisai’s study had swelling of the brain and 17% had small brain bleeds, side effects seen with earlier amyloid-targeting medications. In most cases, those problems didn’t cause symptoms, which can include dizziness and vision problems.

Also, several Leqembi users died while taking the drug, including two who were on blood-thinning medications. Eisai has said the deaths can’t be attributed to the drug. The FDA label warns doctors to use caution if they prescribe Leqembi to patients on blood thinners.

More than 6.5 million Americans age 65 or older are living with dementia due to Alzheimer’s, according to the Alzheimer’s Association.

The Associated Press contributed to this report.