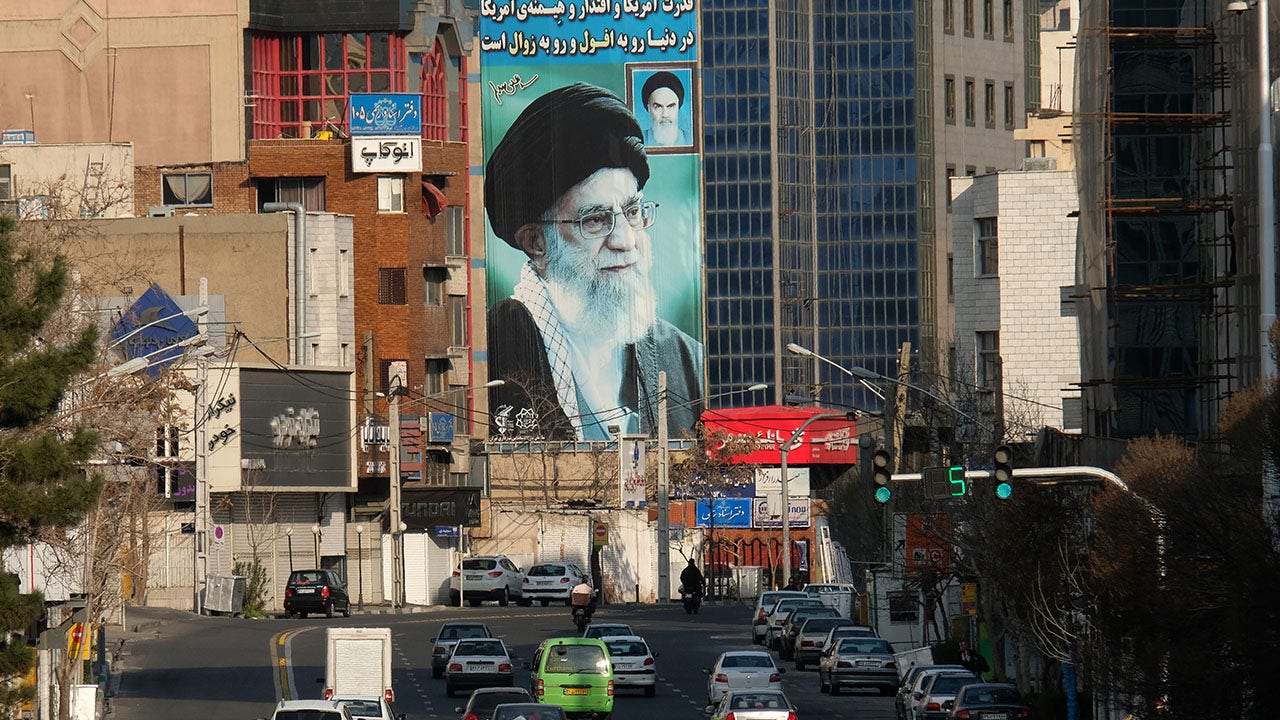 Germany’s longstanding efforts to conduct business with the Islamic Republic of Iran include a robust trade relationship at a time when the regime has reportedly killed at least 700 protesters and arrested as many as 19,000.

Berlin is facing intense criticism for placating Tehran. The protests across Iran in response to the murder of 22-year-old Mahsa Amini have pushed Germany’s so-called “feminist foreign policy” into the spotlight. The regime’s notorious morality police allegedly tortured Amini to death for failing to “properly” wear her mandatory hijab.

Germany has consistently been the Islamic Republic’s most important trade partner. According to recently published statistics from the Federal Statistical Office of Germany, Germany exported more than $1.2 billion in merchandise to Iran from January to October 2022. Germany imported more than $277 million in goods from Iran.

The Federal Republic exported $293 million in machines and engineering technology to Iran in 2022. The German-Iranian Chamber of Industry and Commerce announced on its website that “Germany is still Iran’s largest trade partner in Europe.”

A huge mural of Ayatollah Seyyed Ali Khamenei, Iran’s supreme leader, painted next to a smaller one of Ayatollah Ruhollah Khomeini on Motahari Street on March 8, 2020, in Tehran, Iran.
(Kaveh Kazemi/Getty Images)

In December, Berlin declared it was suspending state incentives to promote trade with Iran due to the repression of demonstrators. The suspension involves export credits and investment insurance guarantees to German companies. Germany’s trade volume with Iran totaled $1.87 billion in 2021.

Germany’s porous export regulations have permitted dual-use technology to be sold to Iran over the years. In 2018, Fox News Digital reported that Germany sold material to Iranian businesses that was used in chemical missile attacks in Syria. The rockets poisoned dozens of civilians, including children.

The U.S. Treasury Department previously accused the European-Iranian Trade Bank of playing an illegal role in Iran’s nuclear and missile programs following the intervention of the former U.S. Ambassador to Germany Richard Grenell, who stopped Germany in 2018 from processing a $400 million payment via EIH to Iran’s regime.

Members of the Iranian Revolutionary Guard march during a parade to commemorate the anniversary of the Iran-Iraq war.
(Reuters)

“Germany, an American ally, has a propensity to overlook the threat from the radical regime in Iran,” Grenell told Fox News Digital. “German leaders regularly believe the threat to them and Europe isn’t a serious concern, but time and time again it’s because German political officials aren’t speaking to German intelligence officials enough to see the threat.

“American pressure on the German government to pay attention to these threats is crucial, and it starts with the U.S. ambassador demanding action.”

Grenell, who also served as the acting director of national intelligence (DNI) during the Trump administration, compelled a reluctant Germany to sanction Iran’s alleged terrorist airline Mahan Air. Mahan Air is the main airline used by Tehran to transport weapons into Syria and Lebanon. The U.S. Treasury Department sanctioned Mahan Air for its role in the Syrian regime’s atrocities and under a “counter proliferation authority that targets weapons of mass destruction proliferators and their supporters.”

Iran’s regime sanctioned Grenell for his efforts to improve human rights in Iran and end the executions of gays and lesbians in the Islamic Republic. He also played a decisive role in forcing Berlin, after decades of fierce resistance, to in 2020 ban all the activities of the Lebanese terrorist movement Hezbollah in Germany. Hezbollah is the Iranian regime’s chief strategic partner.

In 1983, Hezbollah bombed the U.S. military barracks in Beirut, Lebanon, killing 243 Marines and 58 French paratroopers. In 2007, Hezbollah operative Ali Musa Daqduq was instrumental in the murder of five American soldiers in Karbala, Iraq.

IN DESPERATE EFFORT TO SALVAGE IRAN NUCLEAR DEAL, WILL US CAVE TO EU APPEASEMENT?

A U.S. State Department spokesperson told Fox News Digital that “Germany is an invaluable partner, critical to the vibrancy of the Trans-Atlantic partnership. We continue to deepen our relationship with Germany and to tackle together tough international issues, including Iran, Russia’s war against Ukraine, the global economy, security, protecting human rights and fostering democracy.”

Germany has been an energetic supporter of the Iran nuclear deal that would lift economic sanctions on Iran’s regime in exchange for promises of temporary restrictions on Tehran’s atomic program.

Berlin would reportedly stand to reap an economic windfall totaling billions of dollars in trade if the tough sanctions are lifted. German intelligence agencies have over the years documented Tehran’s illicit efforts to obtain material for its nuclear program.

Late last year, German Chancellor Olaf Scholz said in a weekly video message that Germany stood “shoulder to shoulder with the Iranian people,” and praised the bravery of the protesters, “Those who demonstrate against oppression in Iran risk their lives and often also the lives of their loved ones – and face the prospect of torture and decades in prison,” he said.

“If we want to be diplomatic, then let’s just say Germany is a weak link,” Michael Rubin, a senior fellow and Iran expert at the American Enterprise Institute, told Fox News Digital. “Thirty years ago, its foreign minister formulated Europe’s outreach to Iran, and Germany’s diplomats and business community have never since been able to admit failure. From Tehran’s standpoint, the Germans are consistent useful idiots willing to believe in the sincerity or possibility of any initiative Iranian diplomats propose.”

Germany could exert far greater pressure on the regime, he said.

“Iran’s Islamic Revolutionary Guard Corps (IRGC) controls perhaps 40% of the Iranian economy. A greater share of the IRGC budget comes from these companies than from parliament. This is why it’s so important to sanction the entirety of the IRGC,” Rubin said.

The U.S. has sanctioned the IRGC, and the State Department has routinely classified Iran as the world’s worst state sponsor of terrorism. Now, the United Kingdom is reportedly preparing to sanction the IRGC. According to the Telegraph, the IRGC was behind 10 plots to kidnap and murder people in Britain in 2022.

People attend a protest against the Iranian regime in Berlin, Germany, Oct. 22, 2022, following the death of Mahsa Amini while she was in the custody of the Islamic republic’s notorious “morality police.”
(AP Photo/Markus Schreiber)

In December, German state security forces accused the IRGC of sponsoring terrorism against synagogues in the state of North Rhine-Westphalia and spying on the president of the Central Council of Jews in Germany.

The IRGC and Iranian nationals have reportedly launched terror plots and attacked synagogues in Germany. On Saturday, German police arrested two Iranian nationals for an “Islamist-motivated attack” to spread the chemical weapons cyanide and ricin.

The spokesman for the German Foreign Ministry, Christofer Burger, declined to answer a series of detailed Fox News Digital questions about German-Iran relations and whether Germany will sanction the IRGC. However, Germany’s Foreign Minister, Annalena Baerbock, wrote on Twitter shortly after Fox News Digital sent press queries that “Listing the Revolutionary Guards as terrorist organizations is politically important and makes sense.” She is seeking that the EU list the IRGC as a terror organization.

Brig. Gen. (res.) Yossi Kuperwasser, a senior researcher at Israel Defense and Security Forum (IDSF) and a former head of the research division at the Israel Defense Forces, also told Fox News Digital that Berlin is a weak component in the effort to pressure Iran’s regime to change its behavior.

“Germany is always looking for the opportunity to do business with Iran. It is difficult to convince them not to do it. Everyone understands Iran is suppressing the will of Iranian protesters who want freedom, Iran is helping Russia [in its war against Ukraine] and that Iran refuses to cooperate with the International Atomic Energy Agency. None of that matters to Germany,” he said.

The flag of Iran in front of the International Atomic Energy Agency (IAEA) headquarters ahead of a press conference by Rafael Grossi, director general of the IAEA, about the agency’s monitoring of Iran’s nuclear energy program May 24, 2021, in Vienna, Austria.
(Michael Gruber/Getty Images)

“The Iranian people are bravely demonstrating for freedom,” Saba Farzan, a German-Iranian dissident who is chairwoman of the Free Democratic Party’s (FDP) Gendarmenmarkt chapter in the heart of Berlin, told Fox News Digital.

“Changes in German-Iran policy have already happened, but not significantly enough. The IRGC must be classified as a terror organization because it is one. A diplomatic boycott of the regime must happen as well as an end to all kinds of city partnerships because they only benefit the corrupt regime and absolutely not Iran’s civil society.”

Moritz Kraemer, the chief economist for the partially state-owned Landesbank Baden-Württemberg LBBW in the state of Baden-Württemberg, announced last May regarding Germany that “intensive talks are already being held behind the scenes with Venezuela, Iran or Algeria to cover Germany’s oil and gasoline needs.”

However, Germany’s foreign ministry told Fox News Digital, “The fact is that there are no talks or plans to buy oil or gas from Iran.”

Sheina Vojoudi, an Iranian dissident who fled to Germany, told Fox News Digital, “Not only Germany, but any democracy must cut its diplomatic ties with the Islamic Republic. For years, the Iranian dissidents have been urging Germany to take effective action against the Islamic Republic, which kills its own people, as German Chancellor Olaf Scholz mentioned in his speech.”

A woman shouts during a protest against the Iranian regime in Berlin, Germany, Oct. 22, 2022, following the death of Mahsa Amini in the custody of the Islamic republic’s notorious “morality police.”
(AP Photo/Markus Schreiber)

Vojoudi, a spokesperson for the Senate of the National Iranian Congress, said it “is the responsibility of the international society to step in and stop this regime. It’s time to activate the R2P [Responsibility to Protect]. This [week], the Islamic Republic executed two other Iranian youths, Mohammad Hosseini and Mohammad Mehdi Karami, because they protested against the regime. Would Germany do the same to its people if they protested?

“Many times we’ve asked Germany to expel the Islamic Republic’s diplomats and to recall its diplomats from Iran, and I would ask it again.”

THE Associated Press contributed to this report.